Father’s Day is this Sunday

When Peter Parker’s parents were presumed dead, Ben — and Aunt May — raised Peter and taught him that “with great power comes great responsibility.” It’s an important lesson for anyone — especially your friendly neighborhood Spider-Man. 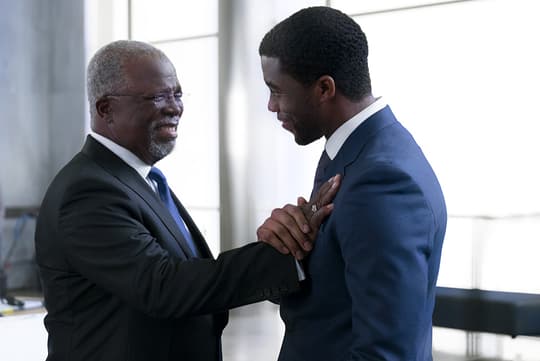 T’Chaka raised T’Challa to be a king — and the amazing Black Panther.

We said we were celebrating our favorite pop culture dads, not just the good ones…

Mufasa lovingly explains the world to his son, showing him the responsibilities that come with being king.

Maurice, Beauty and the Beast

Maurice not only taught us that it’s okay to be curious and inventive, but he also raised a fearless woman who has one of the biggest hearts in the Disney Kingdom.

He will travel into the shark cave, swim with turtles, and search the entire Great Barrier Reef for his son, enough said.

Gru taught us it’s okay to be a villain and have a soft spot; it’s even better when that soft spot turns you good.

Homer is the American dad. While he may not be the best role model, he always does things with well-meaning and love.

“Caaaa-—rrrrlllll!” Everything Rick does is for the safety of his children.

The Professor is able to share his love with his three eccentric daughters; he knows their personalities and loves the girls for who they are!

Just because he’s creepy, kooky, mysterious, and spooky doesn’t mean he can’t be a good husband and father.

He only has one sweet spot in his heart, and it’s reserved for his children. Ron Swanson is afraid of nothing (including the occasional princess dress-up).

He won a Dundy for ‘Best Dad,’ so you’ll just have to take our word.

He keeps it real, sometimes a bit too real. It’s the best advice a dad can give.

He’s hip, silly, and good at texting (or so he says). Phil does everything he can for his family.

You have Successfully Subscribed!